Skip to main content
Books and Papers from the Secret Office 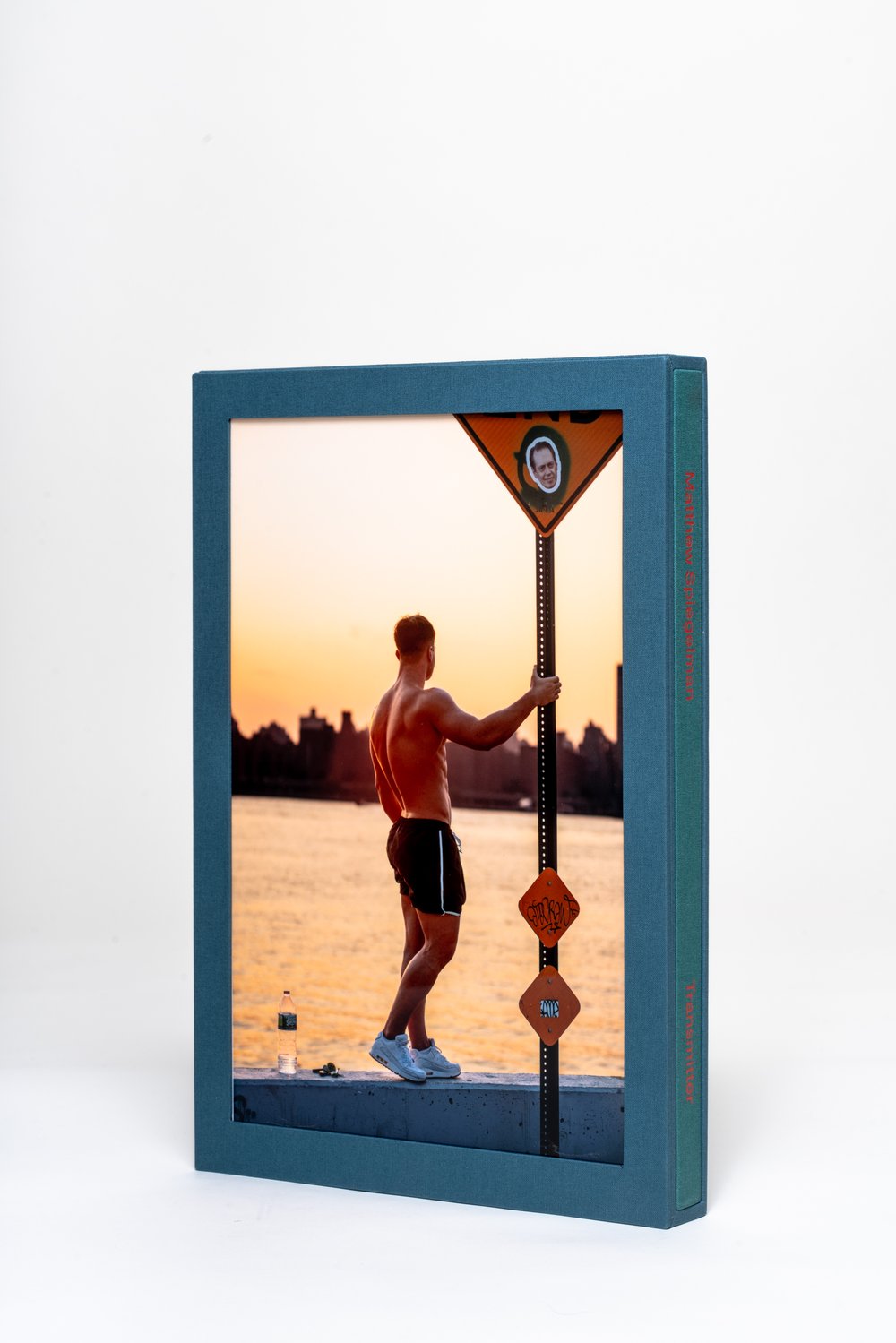 Made over a three-year period from 2014-2016, Transmitter is an experimental photographic narrative around the site of the first two radio transmission towers in NYC. The images center on a small spit of land along the East River in New York between two former industrial factory sites that has now been converted into a park. This location in Greenpoint Brooklyn where locals would go at the end of the day to watch the sunset became a stage for scenes of personal connection. With these photographs the viewer is witness to small groups and couples in conversation. Their body language and expressions convey an apparent desire to connect with or be understood by their companions.

Mixed in with these are images of singular individuals who have come to commune with the open space and river. Often they have brought books to read which reveal personal interests. In all cases there is a distinct impression that deeply felt personal experience is being transmitted with the hope of being received. The sequence of the photographs in book form is divided into three seamless acts that follow the trajectory of the setting sun from early afternoon to darkness as a backdrop to the drama of the personalities and relationships playing out in the foreground.

Jams and Jams Too Special Edition with Print
$100.00